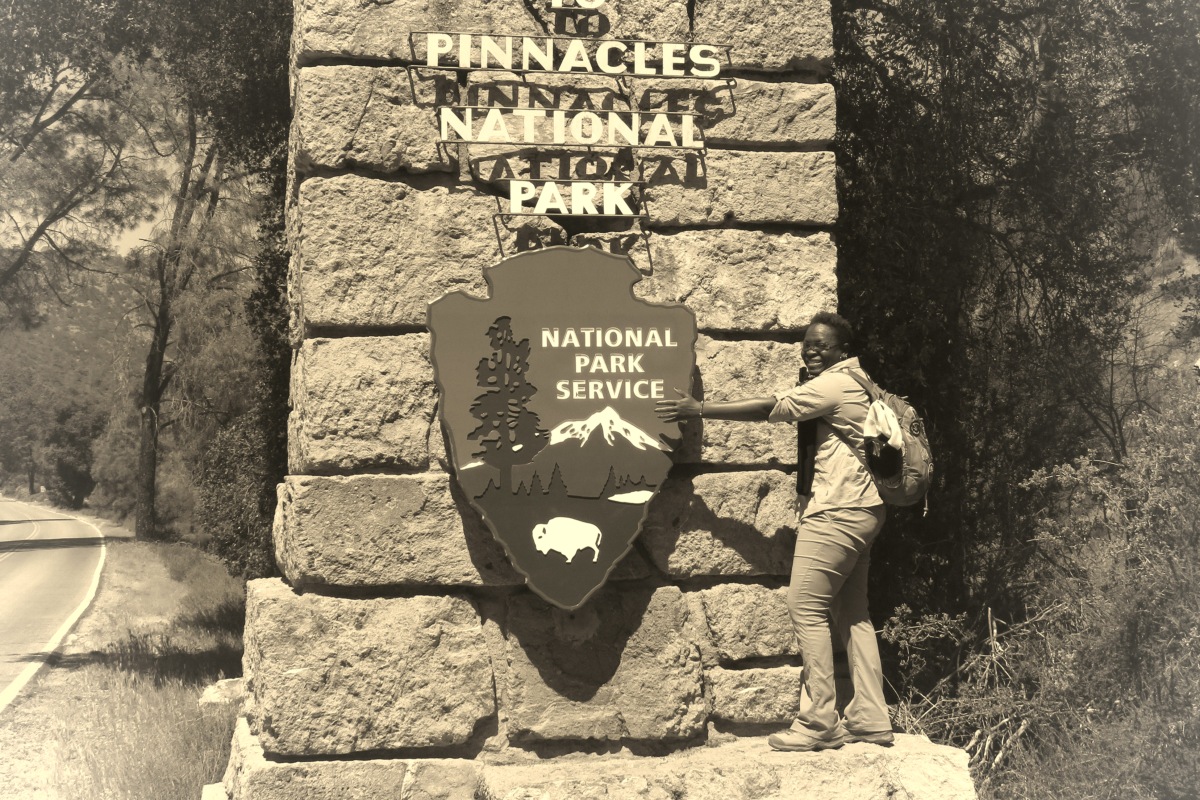 Millions of years ago …

Last weekend I crossed another national park off my bucket list, but I did so with a frozen shoulder and a distracted mind. I still relished the experience, but with my Vincy and La Soufrière on my mind, and in a place that mostly looks as prehistoric as when it was formed, I was continually reminded that nature can be dangerous yet beautiful; unpredictable yet unwavering; deceptively calm yet molten; mercurial though immutable; and most of all, complex, just like a good friendship.

I have much to do and too little optimal time, so this post will be briefer than I would typically do for this type of trip. We decided on the visit to Pinnacles National Park less than a week before we took off. None of our other regular hiking friends could make it so it was just JT and I. Pinnacles National Park is about 4 ½ hours’ drive from our location. We left Friday evening and returned Sunday. It was relatively last minute so we decide to hotel it rather than camp. However, having seen the campground (tent ‘cabins’ and regular tent camping) on our hike, we’ll likely return to camp. This was a weekend worthy of celebrating National Park Week which started Saturday, April 17th and will end April 25th. Today, Thursday April 22nd, is Earth Day 💚🌎. Special note, I was born on a Thursday 😁.

What first piqued my interest in Pinnacles was its caves. I’ve explored caves in a couple other US states, in Barbados, and Cuba, so I was eager to explore these. Unfortunately on this trip we could not go through the caves. Usually, the caves are partially or fully closed to the public at different times of the year to protect its wildlife (e.g. Townsend’s big eared bat), but this time it was because of COVID-19 concerns. Fortunately there is much, much more to see and experience at Pinnacles. Nature is fascinating. Here are some interesting facts about Pinnacles:

Initially our plan was to hike Saturday and Sunday, then do a local hike on Monday to complete our trifecta. What we ended up doing was two hikes on Saturday (around 9 ¾ miles) and one on Sunday (4 ½ miles).

4 thoughts on “These Pinnacles Were ‘Right in my Backyard’ …”