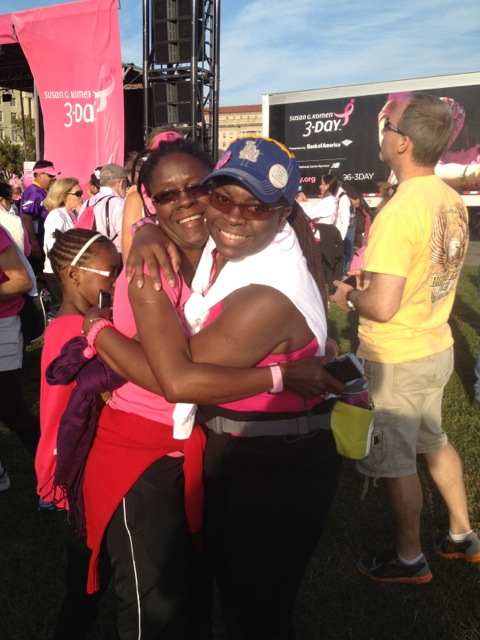 A big shout out to my sister, who turned fifty last Friday and is totally fabulous. She is one of the best people I know and I would not be who I am without her.

With Harry’s birthday and those of a few friends, October tends to be a special month, but of course not all is rosy in the world, at least not for the more melanated of us. The protests that exploded in late May and continued through the end of summer simmer still and as is now par for the course, more incidents have happened which caused new protests to flare up.

In mid-September, officials in Louisville, Kentucky settled a wrongful death lawsuit brought by Breonna Taylor’s mother for $12 million. “Pinky, are you pondering what I’m pondering? Yes, Brain.” At that time there were still no charges brought against her murderers, though one of the police officers involved was fired in June.

The other proverbial shoe dropped on September 23 when one police officer was charged for wanton endangerment – of the neighbours or the walls – not of Breonna Taylor. In fact, it seemed as if Breonna Taylor did not exist at all because no charges were brought against the officers who shot her. Not surprisingly, there were protests in Louisville and other locations around the country; two police officers were shot (but not killed) during the Louisville protest.

In late September, a member of the grand jury filed a motion petitioning for the release of the grand jury transcripts. You know something is fishy when a juror feels compelled to make such a request. Does something stink in Kentucky? 🤔. The audio tapes were released on October 2.  Stink confirmed.

Since This is Ostensibly a Blog About my Travels …

My last overnight trip was mid-March. So the end of September made it six plus months since I was last a tourist. Hmmm. From March to August I had trips planned for Greece, Virginia, Barbados, Yellowstone (changed to Lassen Volcano), and Lake Tahoe. I cancelled the first three and decided not to join my friends on the last two. MechBest was not traveling 😢. I’m sure you can appreciate how that felt for someone whose website is mechbesttravels.com.

In early August one of my friends threw out the idea of taking a trip at the end of September to hike and camp at Pinnacles National Park; I was all for it. Pinnacles had been one of the sites considered when we were planning the Lassen Volcano trip and is on my list of national parks to visit. As it turned out only women were interested so it would’ve been a “Women’s/Girls’ only” weekend. Well if you live in California or follow US news, you know what happened: Dolan, Bobcat and El Dorado. I’d hiked the first Sunday in September, then the wildfires showed us who was boss for 3 solid weeks. This meant that air quality was (and continues to be) iffy to bad.

About 10 days before our trip, we discussed cancelling it because of the air quality issues, fire potential and distance from home. With that in mind, we started to look at other locations in a 2-5 hour drive range, but campgrounds that were open were also fully booked (who are all of these campers?). By the end of our meeting, I felt that Pinnacles was not going to happen and decided to research an alternative, because I was intent on traveling as long as I could do so safely. Before I went to bed that night I had a new plan. I shared it with my friends the following day, they liked it and the Women’s hiking weekend switched from Pinnacles to San Diego.

The weekend we’d planned to go to Pinnacles was also supposed to be our monthly trifecta: 3 hikes in 3 days, so that’s exactly what we did in San Diego 😊. Our hikes were in Lake Calavera Open Space Preserve, Cabrillo National Monument, and Torrey Pines State Natural Reserve.

Torrey Pines SNR was actually the main driver for my wanting to hike in SD. I’ve wanted to hike in this park since I did my first 60-mile, 3-day walk in San Diego in 2013; the route on one of the three days is along the state beach and through the preserve. My second 3-day in SD in 2015 heightened my desire, yet the opportunity to hike there took another 5 years to happen.

Lake Calavera Open Space Preserve
I discovered this preserve last year through a magazine article called 10 Scenic Hikes Under 5 Miles Everyone In Southern California Should Take. Lake Calavera is in the City of Carlsbad and is managed by the city’s Center for Natural Lands Management as a protected area under its Preserve Management Plan. The preserve is adjacent to several residential areas and I really hope most of those residents take advantage of this marvelous resource.

We started our trifecta by doing a late afternoon hike, starting in the preserve and crossing over into the Carlsbad Highlands Ecological Reserve (designated by CA Fish & Wildlife in 2000) for a bit. Expansive views and crisp (smoke/ash free) air, made it a good hike to start the weekend and an excellent complement to Cabrillo NM and Torrey Pines SNR. Plus it’s always nice to see a body of water in Southern California, even if it is a man made lake.

Cabrillo National Monument
History and nature combine well in Cabrillo National Monument. Juan Rodriguez Cabrillo was the first European to reach the US west coast in 1542, along the San Diego Bay. Cabrillo and his crew were also the first Europeans to make contact with the Kumeyaay, the Indigenous people who lived in that area of the California coast. The Monument was established in 1913 and interprets Cabrillo’s historic landing as well as the natural environment and the World War II military history tied to the area. I hope there’s also interpretation pertaining to the Kumeyaay, but unfortunately the exhibit rooms were closed because of COVID-19, so I’ll have to visit in better times to find out.

We walked around the Visitor Center, Point Loma Lighthouse (at one point the highest light on the US coastline) and a short trail from the lighthouse with interpretation of the marine environment. Then we hiked two trails: Bayside and Coastal. Both trails have beautiful views, sandstone cliffs, and rock formations, along with good interpretation and signage.

When I made the SD plan, the hike on the third day was set for Torrey Pines State Beach because trails in the Reserve were closed. Fortunately, on the Saturday night we found out that the trails had reopened on September 23 and so we were able to hike in the Reserve that Sunday.

According to California State Parks, “a reserve is not a park. A natural reserve status is assigned to an area of importance, and typically is one that contains threatened plants, animals, habitats, or unique geological formations. As such, a reserve is a protected area targeted for conservation and carries with it restrictions that are not found in parks” (parks.ca.gov). There are only 14 reserves in the 280-unit California state park system. Torrey Pines SNR protects the Pinus torreyana, the rarest pine tree in the US, which is native to the Torrey Pines area and Santa Rosa Island, off Santa Barbara.

The trails in Torrey Pines are very well laid out and roped off, with interpretation of plants and history along the trails. We hiked Guy Fleming, Parry Grove, and Beach Trails, finishing with a walk along the state beach – it was not the crystal clear, blue water and white/pink/black sand beaches of the Caribbean, but it smelled like the ocean and I enjoyed the experience.

It is fitting that my first trip in just over 6 months ended on September 27th, World Tourism Day; also my friend Susan’s birthday, as I was reminded after the fact 😊 🥂.

San Diego is 2-3 hours drive from Awesome Town, depending on traffic. Jennetta and I carpooled and met our friend and her daughter there. I’d chosen a hotel that was between Torrey Pines SNR and Cabrillo NM, 30 minutes or less to each site and since Lake Calavera was on the way to the hotel, we hiked there before checking in.

We hiked Cabrillo NM on the second day. It was south of the hotel and I thought we would need more time to visit that site. Torrey Pines was best suited for the third day because it was north of where we stayed and would be on our route home. So we checked out in the morning, hiked, had lunch then hit the road for home.

We stayed in a residential hotel so all rooms had a kitchenette, but since the hotel also provided a continental breakfast cooking was unnecessary. A regular sized fridge with freezer and the space of a 2-bedroom, 2-bathroom apartment were very useful though.

We ate lunch and dinner out – a good way to spread our spending in the destination. The best meal I had during the weekend was the Harvest Chicken grilled salmon salad from Tender Greens: red romaine, arugula, pistachios, hibiscus pickled onions, peaches, strawberries, ricotta, and golden balsamic vinaigrette. That deliciousness was followed by pistachio ice cream from Cold Stone Creamery – hey, I was on vacay! 😋

Last year Jennetta and I got into the habit of getting a cold beverage after we hike (for me, it’s green tea). A few hikes ago we discussed trying to use more locally owned coffee shops for our end of hike ritual. Day 3 of the trifecta was a good opportunity to try it. However, we ended up at Philz Coffee because it was conveniently located next to the restaurant we selected for lunch.

Philz Coffee started in San Francisco’s Mission District in 2003. With 52 shops in California, Chicago and D.C., it’s a chain and not a small mom & pop, but it’s certainly less ubiquitous than Starbucks. Unfortunately for me, green tea is not their forte. I’m not deterred; we’ll keep trying to support local and Black wherever possible.

In keeping with my World Tourism Day sentiment, in San Diego I took many, many photographs; left my boot prints (on proper trails and hardened surfaces only); left money (accommodations, food, gas, souvenirs, state park fee, NPS donation); and loved and respected the environment and the communities I visited 😍.

3 thoughts on “Do you Remember … September?”